The world's 8 most dangerous islands

The world's 8 most dangerous islands

Some islands just shouldn't be visited. Unlike Ibiza, Malta or Hvar, these islands aren't known for their wild party scenes and gorgeous beaches. Instead, you'd need to watch out for dangerous animals, breathe through a gas mask or pray the ship even makes it to shore. Here are eight deadly islands where you definitely don't want to be washed ashore. 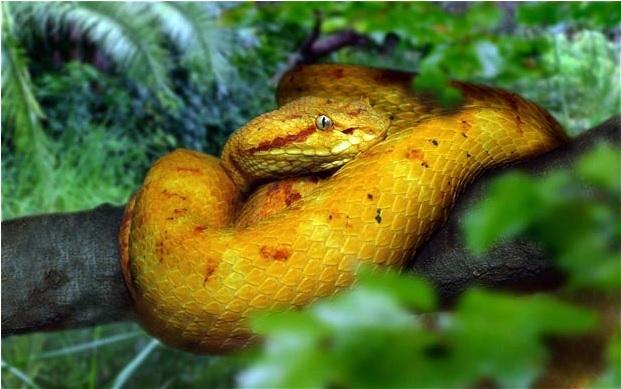 Ilha da Queimada, nicknamed Snake Island, lies off the coast of Brazil and is home to thousands of Golden Lancehead Vipers – and little else. The snakes are among the world's most venomous, and there is, according to local legend, around five of the slithering critters to every square metre. For years, the only human inhabitant was a lighthouse keeper but now the Brazilian Navy has banned all civilians from the island. 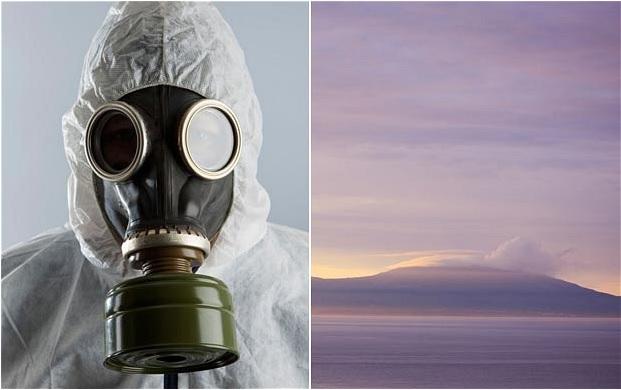 Found in the Izu islands of Japan, Miyake-jima's most prominent feature is the active volcano, Mount Oyama, which has erupted several times in recent history. Since the most recent explosion, in 2005, the volcano has constantly leaked poisonous gas, requiring residents to carry a gas mask at all times. Sirens go off across the island when the levels of sulphur rise sharply. 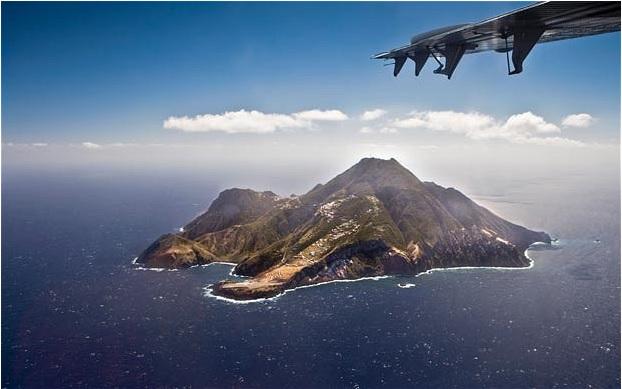 According the website of the Caribbean Hurricane Network, the tiny island of Saba has been hit by more severe hurricanes in the last 150 years than any other in the region, including by 15 category three storms and seven category fives. Head there during the winter. 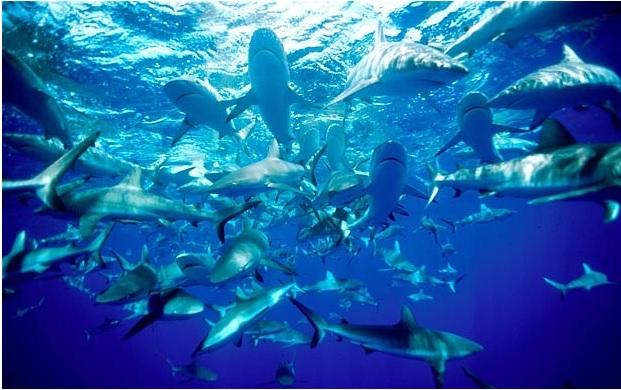 This Unesco World Heritage Site is dangerous for two reasons: nuclear radiation and sharks. It was the site of more than 20 nuclear weapons tests between 1946 and 1958, and – although the islands were declared 'safe' in 1997 – their original inhabitants have refused to return. Eating locally grown produce is not advised. So no chomping on fallen coconuts. Furthermore, the lack of fishing in the area during the past 65 years means that sea life – including sharks – have flourished which, along with the numerous shipwrecks in the region, attracts hundreds of divers each year.

Some safer options: 11 marine adventures to experience before you die

Rewarding paths: Unusual destinations to tick off in 2016

Scottish fun: Edinburgh Hogmanay – everything you need to know

This small island in the north of Scotland was used by the British government for biological warfare testing during the Second World War. Experiments were carried out on the uninhabited island using the highly virulent anthrax bacterium, which killed hundreds of sheep and forced the island to be quarantined. The island was decontaminated in the 1980s, using hundreds of tonnes of formaldehyde – another potentially hazardous material. 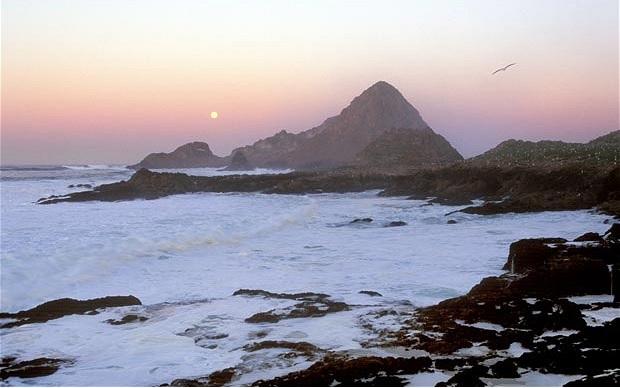 Between 1946 and 1970, the sea around the Farallon Islands off the coast of San Francisco was used as a dumping site for radioactive waste. An estimated 47,500 55-gallon (208-litre) steel drums were discarded here but their exact location and the risk they pose to the environment is unclear. It is also believed that attempting to remove them would cause more damage than leaving them untouched. There is also an extensive elephant seal population, which attracts scores of Great White Sharks. Think twice before snorkelling. 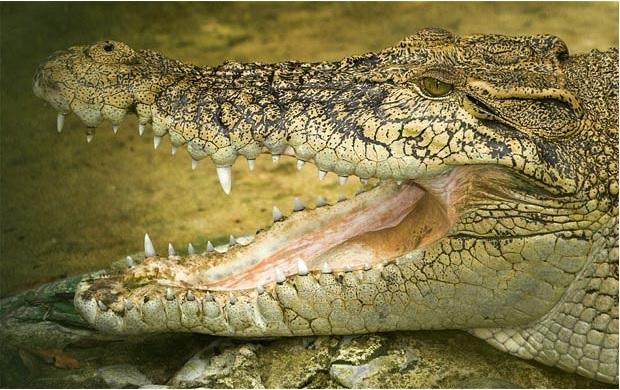 This island, off the coast of Myanmar (Burma), is famous for a gruesome incident that occurred during the Second World War. In 1945, following fighting between British and Japanese troops, an estimated 400 Japanese soldiers were forced to flee into the marshes that surround the island, where they were apparently set upon by the island's sizeable population of saltwater crocodiles. The incident is, according to the Guinness Book of Records, The Greatest Disaster Suffered [by humans] from Animals. 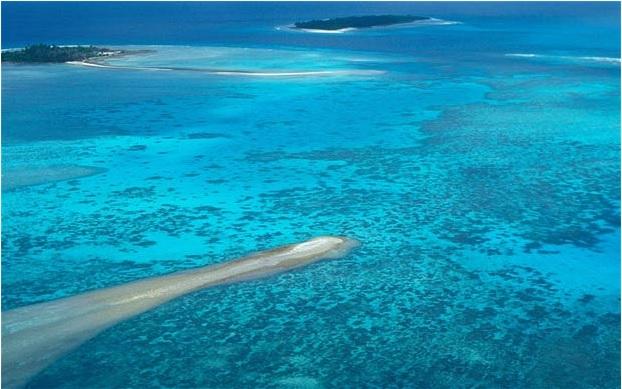 Found 800 kilometres south of the Maldives, Danger Island makes our list entirely for its fearsome moniker. The name is thought to derive from the lack of safe anchorage, which made trips to the island particularly risky for early explorers.

For the latest deals on travel, browse our great range of offers online or visit your local Flight Centre here.

This article was from The Daily Telegraph and was legally licensed through the NewsCred publisher network.

48 Hours in Rockhampton
25 November 2020
The Beef Capital of Australia is the title the Central Queensland city of Rockhampton has earned itself, but it's not all rural. Affectionately known
Read Time: 3.5 mins
Destinations

The world’s sexiest languages
15 September 2020
There is no aphrodisiac quite like a foreign language, when words take on a sultry swirl and escape the lips of an exotic stranger. Language barrier
Read Time: 2.9 mins
Destinations

Trending Destinations: Where Aussies Are Booking Holidays To Right Now
17 August 2020
Covid certainly has put a spanner in the works for our 2020 travel plans but us Aussies are notoriously curious and we’re starting to get itchy feet
Read Time: 4.2 mins
Destinations

Winning In Argentina
15 October 2018
For Charlotte Howells (Char for short), winning the #justbecause competition for a trip to Buenos Aires with Flight Centre and Air New Zealand was a
Read Time: 5.6 mins
Destinations

9 Ways A Tour In Europe Can Be Good for Your Bank Account
16 October 2017
Yep, you heard that right. Doing a tour through Europe instead of trying to DIY (or maybe doing a bit of both) can be a GOOD thing for your bank
Read Time: 3.5 mins
Destinations

Where To Find The Wild Beauty Of Bali
17 May 2017
When I first visited Bali in 2006 I did what many tourists do. I went to Kuta, a compression point of hotels, bars, restaurants and malls on the
Read Time: 8.9 mins
Destinations