A film fan's guide to Hawaii

A film fan's guide to Hawaii

Film locations to visit in Hawaii:

Ever watched a movie and decided you absolutely must visit the place it’s filmed because it looks so incredible? Hawaii is totally one of those places that inspires this type of wanderlust. It’s all so appealing, from the epic surf breaks to lush green forests, and of course the laid-back Hawaiian culture and sunshine. Here’s some of the best Hawaiian escapism movies, and where to head to if you want to chase a slice of the paradise for yourself. Even better, get in touch with us to find out how you can make your own Hawaii experience unforgettable! 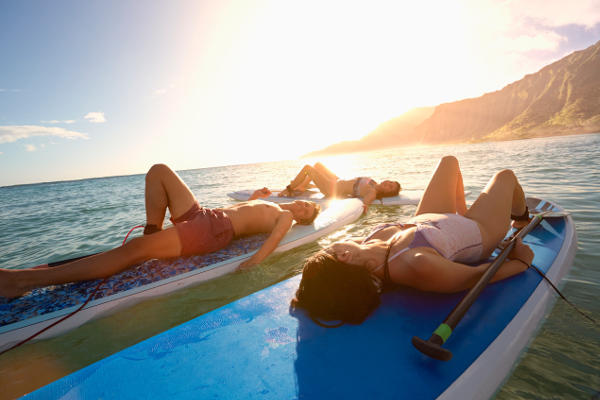 Hanging out in Hawaii.

If surfing floats your boat, then you’ve probably seen the chick flick / cult classic movie Blue Crush. Set on Hawaii’s famed North Shore, the movie follows the lives of a bunch of local girls trying to make ends meet while bust into the male dominated pro surfing scene. Filmed on Oahu, this is one of the best movies you can watch to experience the amazing surf breaks of the island’s North Shore, including the famous Banzai Pipeline. Other filming locations in Oahu include the tourist mecca of Waikiki on the south of the island, as well as Makaha on the island’s western side.

A photo posted by Juan Jose Velez Vargas (@juanjo_surf) on

More than 50 reasons to see Waikane

Another popular chick flick filmed on Oahu is the Drew Barrymore movie, 50 First Dates. This movie really captures the idyllic Hawaiian lifestyle and totally makes you want to go there for yourself. The scenes set around the dreamy landscape of the Whitmore’s house are all shot in rural Waikane on Oahu’s east coast, and the scenes of Henry (Adam Sandler) sailing, are just a bit further down the coast in Kaneohe. 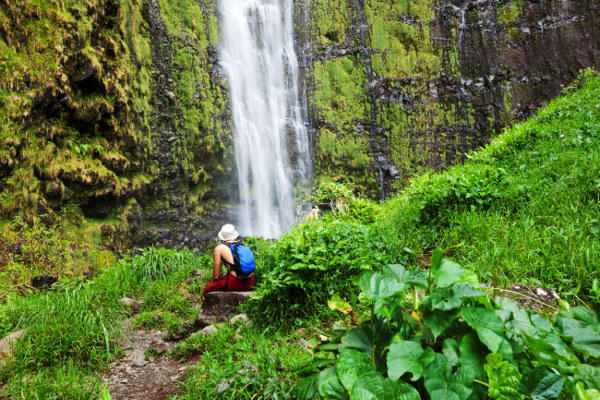 Check-out nature at its best.

Another Adam Sandler flick (he must really love filming in Hawaii) Just Go With It, was filmed on the islands of Maui and Kauai. The main setting for the Hawaiian part of the movie is an idyllic upmarket beachfront hotel, filmed at the Grand Wailea in Maui. Another amazing scene is where they hike to a spectacular waterfall, which is filmed on Kauai, Hawaii’s ‘Garden Island’, famous for its beautiful natural scenery.

Jurassic Park is another hollywood blockbuster filmed on the island of Kauai. Set mostly along the rugged green coastline of the Na Pali Coast State Park, the location is a remote and adventurous destination. This is where to go if you really want to get away from it all and experience remote Hawaii in all it’s natural glory - and don’t worry there aren’t really any dinosaurs there! In sharp contrast to the Jurassic Park setting, Hawaii’s urban and military scene is uncovered in the 2015 romantic ‘Aloha’ movie starring Bradley Cooper, Rachel McAdams and Emma Stone. This movie is set almost entirely in Honolulu offering a glimpse into modern Hawaii, from the multicultural food and delicious cocktails to the native Hawaiian identity and culture.

Keen to chat about your Hawaii travel plans? Get in touch with us or search our HOT deals.

How to look steezy on the slopes of Canada
15 June 2020
Style + Ease = Steeze. It’s the ultimate goal in snowboarding - to throw a massive trick and land it like it’s no big deal. Steezy can also be used
Read Time: 2.1 mins
North America

East Coast vs West Coast USA: which coast is the best coast?
15 June 2020
Are you California Dreaming or in an Empire State of Mind ? California Gurls or The Girl From New York City ? LA Lakers or NY Knicks? Down with 2Pac
Read Time: 3.1 mins
North America

Top 10 American chocolate bars
9 June 2020
It’s no secret that we’re fascinated with all things food – even more so when chocolate is involved. And for far too long our team has debated the
Read Time: 3.7 mins
North America

21 Things to know before studying abroad in America
8 June 2020
The years spent at university are some of the most stressful yet exhilarating and awakening of many young adults lives. It’s a time to meet new
Read Time: 2.8 mins
North America

Heading To NYC? New Broadway Shows To See In 2020
24 February 2020
Start spreading the news – the new Broadway season is set to add razzle dazzle to your New York City trip . With all the singing, dancing and
Read Time: 3.4 mins

What Is A Vaccine Passport And How Will It Affect You?
11 February 2021
What you need to know about a COVID-19 vaccine passport: Many airlines are introducing mandatory testing and proof of vaccine will likely follow
Read Time: 4.6 mins
Travel News

8 Of The Most Unique Stays In Queensland
10 February 2021
Where are the most unique places you can stay in Queensland? Thala Beach Nature Reserve, a National Geographic Unique Lodge of the World Magnetic
Read Time: 6.1 mins
Hi! Thanks for visiting us. {{ firstDisplayName }} is now assigned as your personal consultant. Need help with your booking?
Visit {{ firstDisplayName }}'s Profile